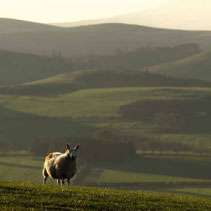 For serious computer-related crime, life imprisonment is now a possibility. A new criminal offence has been created, which includes a number of interesting features:

UNAUTHORISED ACTS
The relevant acts must be “unauthorised” The meaning of this term was considered by the House of Lords in one of several cases involving attempts by the US authorities to extradite individuals to face charges in the US relating to computer hacking. The House of Lords decided that, so far as employees were concerned, an employee could commit an offence of securing “unauthorised access” to a computer only if she intentionally caused a computer to give her access to data which she knew she was not authorised to access. Their Lordships made it clear that an employee would only be guilty of an offence if the employer clearly defined the limits of the employee’s authority to access a program or data.

DAMAGE OF A MATERIAL KIND
The person undertaking the acts must know they will cause or create a significant risk of serious damage of a “material kind”. “Damage of a material kind” is defined to mean:

“Damage to human welfare” is defined to mean:

It’s not hard to conjure up a range of horror story scenarios, each more lurid than the last, by reference to every one of the headings listed above. The only limiting factor is probably our own imaginations.

In fact it’s difficult to think of just about any activity in the developed world that does not rely on computers in some way. Everything from nuclear power plants to mass transport systems and from biochemical factories to flood barriers. (Remember that while there is no statutory definition of a computer, under English law, it has been defined to mean any “device for storing, processing and retrieving information” (SeeIn DPP v McKeown, DPP v Jones [1997] 2Cr App R, 155, HL)

WHAT’LL GET YOU LIFE?
It’s interesting also to note which of these scenarios the UK Government takes most seriously. Only these attract a life sentence:

Finally, it should be noted that the serious damage and other consequences of a cyber-attack don’t have to materialise in order for the offence to be triggered. It is enough if there is “significant risk” posed as a result of the attack. Of course the authorities still have the considerable challenge of finding those responsible (or at least some of them).

All of this serves to underline the seriousness with which companies in every sector need to take their responsibilities in this key area. It goes without saying that this advice applies equally to the directors and officers of these companies